iOS 15: What's New and What Are the Impacts on Apps

Apple launched its latest beta version of its iOS operating system, iOS 15, in June 2021, which will officially be found in the fall. It is vital to notice that iOS 15 is well-matched with the iPhone 6s and newer, implying it works on all devices that support iOS14 and will be made available this fall. iOS 15 brings new features to FaceTime calls, distraction reduction tools, updated notification experience, added privacy features, complete safari, weather and maps redesigns, and more. Also, iOS 15's new notifications include contact photographs for people and larger app icons. Let's see in detail the changes and some frequently reported issues.

What Changes With iOS15?

Although there are numerous new and updated features with iOS 15, here I would like to discuss some of the noteworthy features of iOS 15. So, let's jump right into it:

The Focus feature helps your users decide what they want to focus on at a specific time. When the person's focus prevents new alerts from being received, that user's status will be broadcast in Messages to others. While iOS 15 will employ on-device intelligence to advise Focus usage based on specific situations, including throughout the workday or when winding down for bed, your users can build a personalized Focus. Note that when users set a Focus on one Apple device, all Apple devices become automatically assigned. 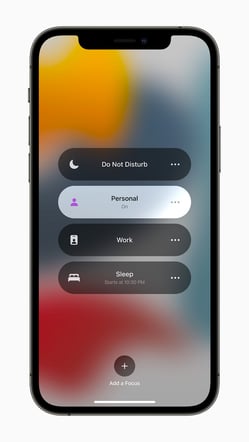 A distinct visual style distinguishes Safari. Controlling the navigation on the site with just one hand is now a lot easier, giving more attention to the information on the page. A new, compact tab bar appears on the screen's bottom as a floating tab bar, easy to access with the swipe of a finger. Users may save tabs in Tab Groups and conveniently access them from anywhere at any time. Also, for the first time, the user has access to personalized start pages and web extensions. 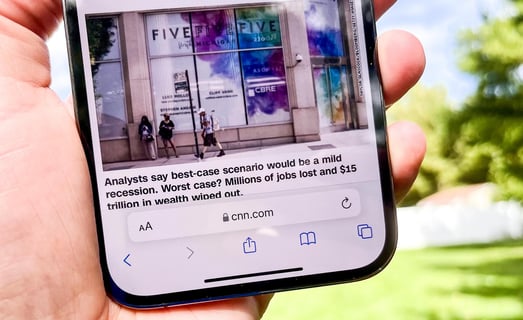 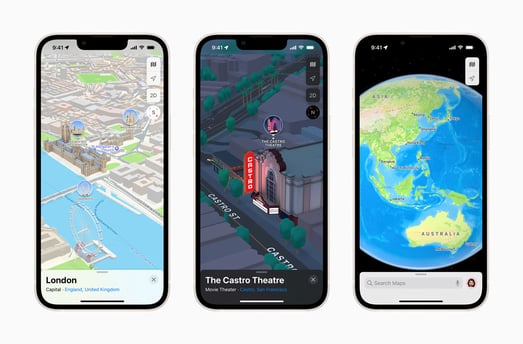 iOS 15 has the new FaceTime feature of voice isolation and Spatial Audio, making it possible for people to have conversations as if they were standing in front of the device, like in a real-life setting. The new Portrait mode and new grid view are two features of FaceTime that offer enhanced face identification capabilities. The new SharePlay functionality allows FaceTime callers to share media in sync while sharing. Using the FaceTime app, your users can generate sharing links to open FaceTime calls on Android and Windows devices.

iOS 15 enables new key types such as home, business, or hotel rooms in the Wallet app. Shortly, consumers with a driver's license or ID will be able to add their credentials to the Wallet app.

A substantial update to Memories with a new design and an interactive interface is introduced in the Photos app. In addition to integrating with Apple Music, Memories now leverages on-device intelligence to recommend songs that match individual Memories.

Certain Apps Will Still Not Work. Why?

Several years ago, I tested an iOS beta and could not utilize my bank's app. It would open it and then compel it to stop instantly. Fortunately, developers have been able to update the issue, although this is not always the case. Additionally, this year, I have had a few apps that repeatedly prompt me to register. Halfway through, my password manager does not realize that I am trying to input a password; thus, it does not automatically submit my credentials. I have to launch the password app, copy my password manually, and paste it into the app(s) I want.

Although I cannot lay out all the problems that reside in the beta version of iOS 15, I highlight some common issues experienced by your iPhone users. You, as a developer, should acknowledge the issues that affect your iPhone users:

The Question Is, Why Is This All Happening?

But then again, I have learned something throughout the long term – because the software works during the first beta, it does not mean that beta three does not break it. If someone relies on apps consistently, it is advisable to keep testing till the official.

As far as aesthetics are concerned, iOS 15 does not add anything new to the mobile operating system. Instead, the alterations remain subtle. However, in terms of functions, several advances are intriguing and worth investigating. In conclusion, iOS 15 is loaded with new features and provisions to help your users hook up with others, explore the world, be more active, and utilize powerful intelligence to accomplish more with their iPhone than at any time in recent memory.